Portfolio > In Situ in Scotland

While travelling in Scotland in August 2016, I learned that ages ago the continents shifted and what is now known as Scotland broke apart. Some of the land mass collided with what is now England forming Great Britton, and other parts moved across the Atlantic. Traces of this ancient Scottish land mass are found in the eastern seaboard of the United States, including the Appalachians. When visiting Balmaha, Scotland, which is along the geological fault line between the Lowlands and Highlands, it struck me that I had recently done the body of work, Offerings, in the Appalachians of Virginia along the continental divide there. I discovered affinities between the two sites geologically and in terms of the flora, particularly the appearance of a variety of species of mushrooms. It was in Balmaha, and a few other locations that I dispersed my organic forms in situ. These temporary installations pay homage to each site, harmonizing with the flora in color palette, texture and form, giving voice to the connection I felt to the place. 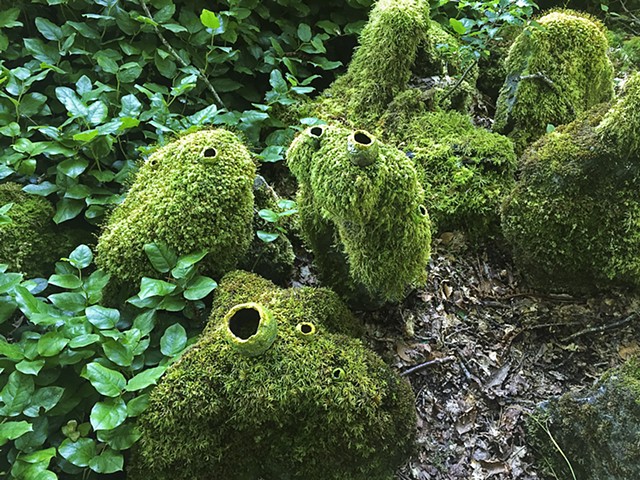 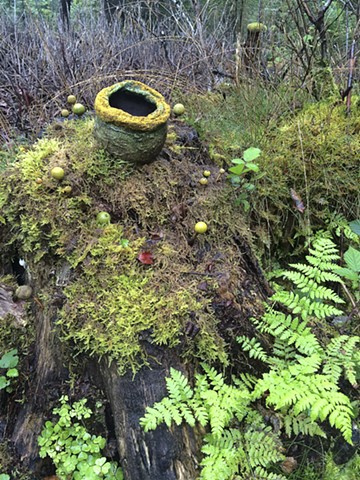 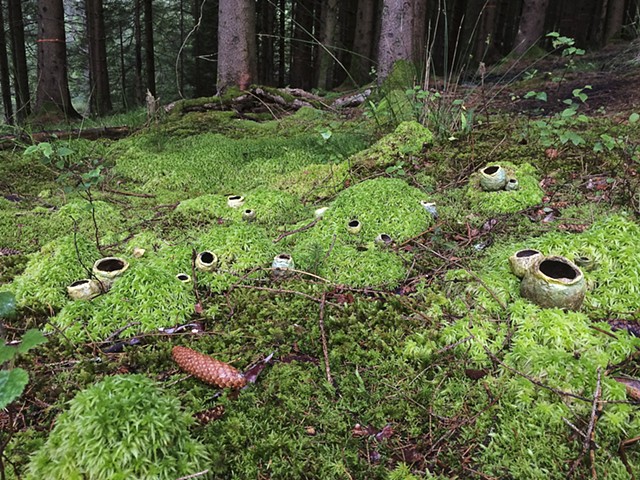 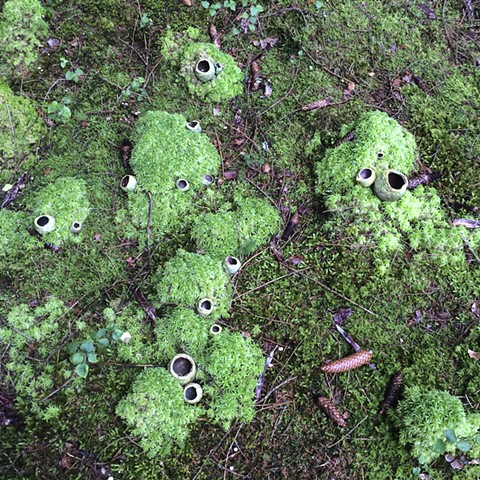 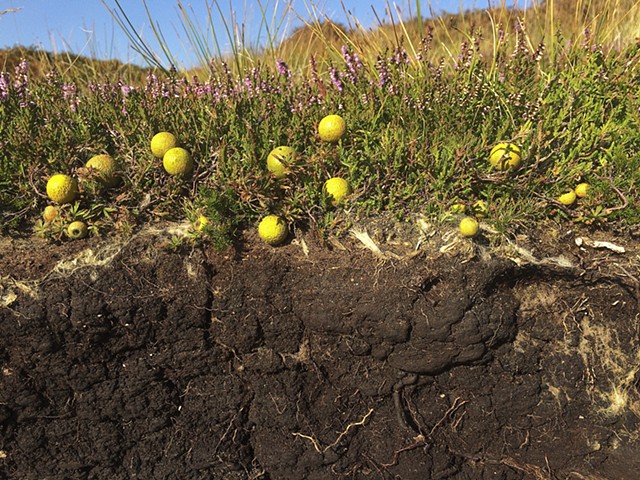 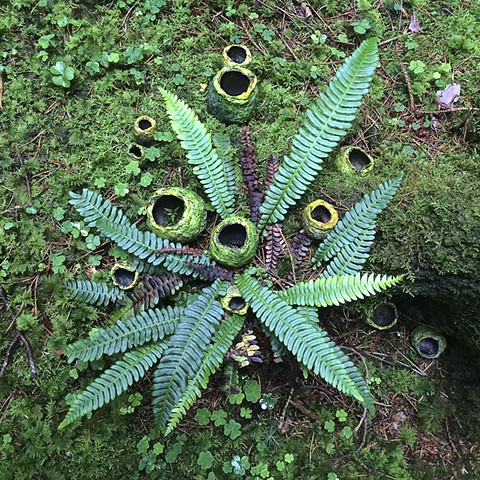 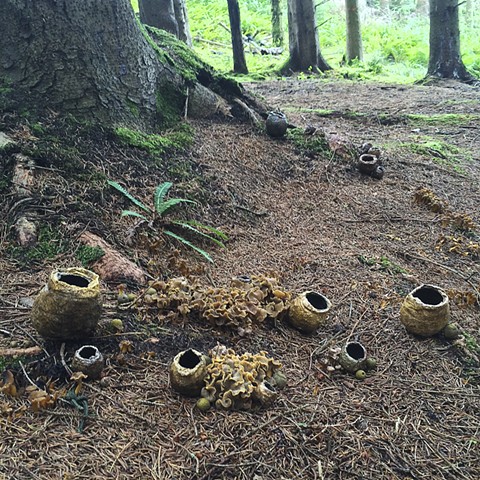 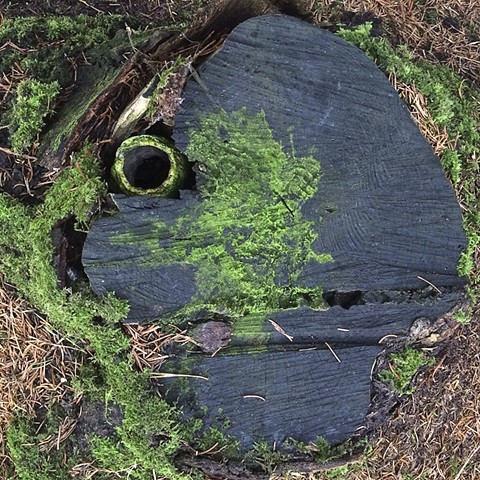 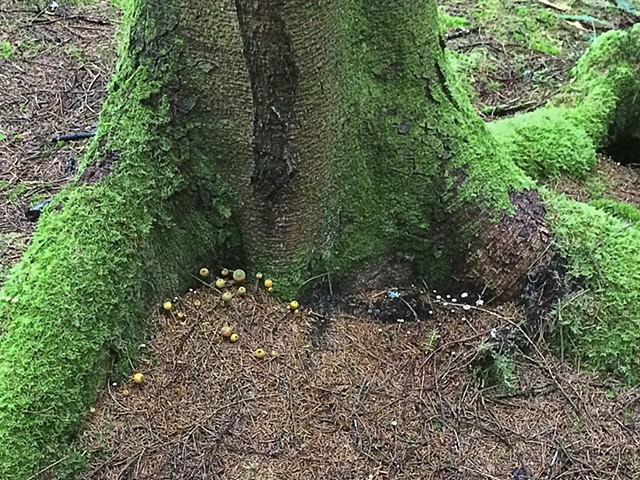 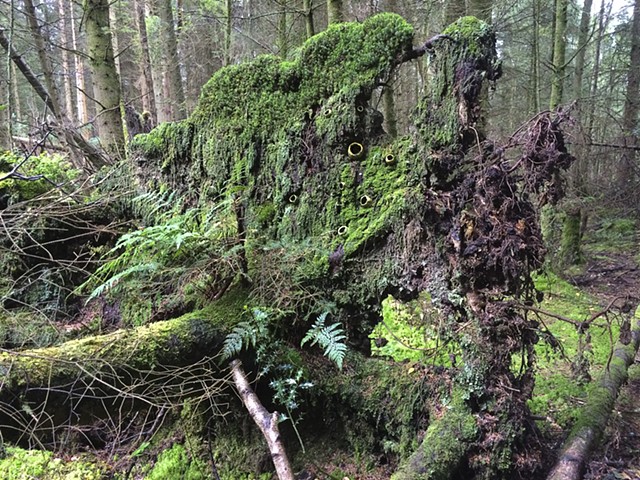 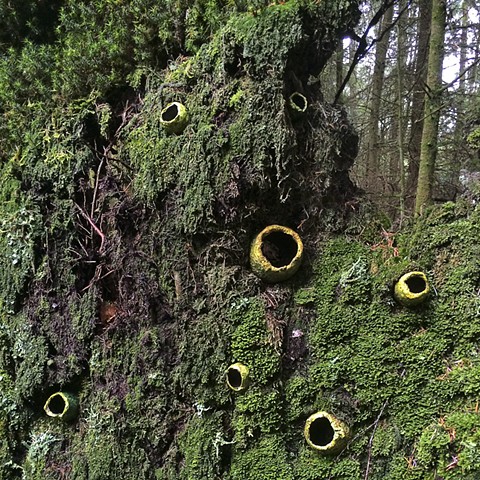 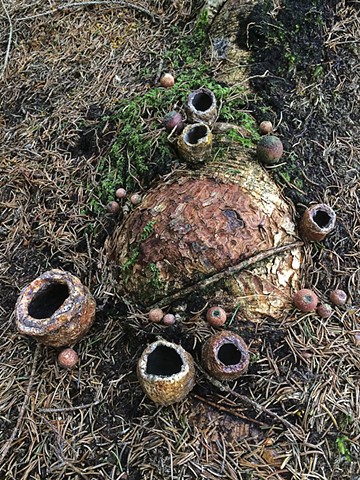